from Finisterre to O Ézaro

Galleon Route (from Finisterre to O Ézaro)
The sea of Finisterre has been the final destination of countless ships. The ship Santa Maria Anunciada and the galleon San Jerónimo are two of the most important from a scientific point of view. Both formed part of the Armada in 1596 under the command of Martin de Padilla. The British battleship HMS Captain, sunk in 1870 and the French corvette Bayonnaise, lost in 1803, are remnants of the history of other countries that are now part of our heritage. Here lie the remains of ships that now allow us to understand what societies were like in different periods together with navigation throughout history. It is a heritage that belongs to all of us and we should know and preserve.
PDF – Brochure Galician Seas Shipwrecks Finisterre

from Porto do Son to Carnota

In the waters of Costa da Morte lie the remains of warships from different periods. Some of them, like the frigate Ariete sunk in 1966, remains fresh in the memory of the locals. In addition to military vessels, we can find cargo or passenger ships, like the German Salier, sunk in 1896 when it was crossing the Atlantic to South America.
This route allows you to know the scenarios in which all these tragedies occurred and learn more about the relationship between man and the sea.
PDF – Brochure Galician Seas Shipwrecks Finisterre 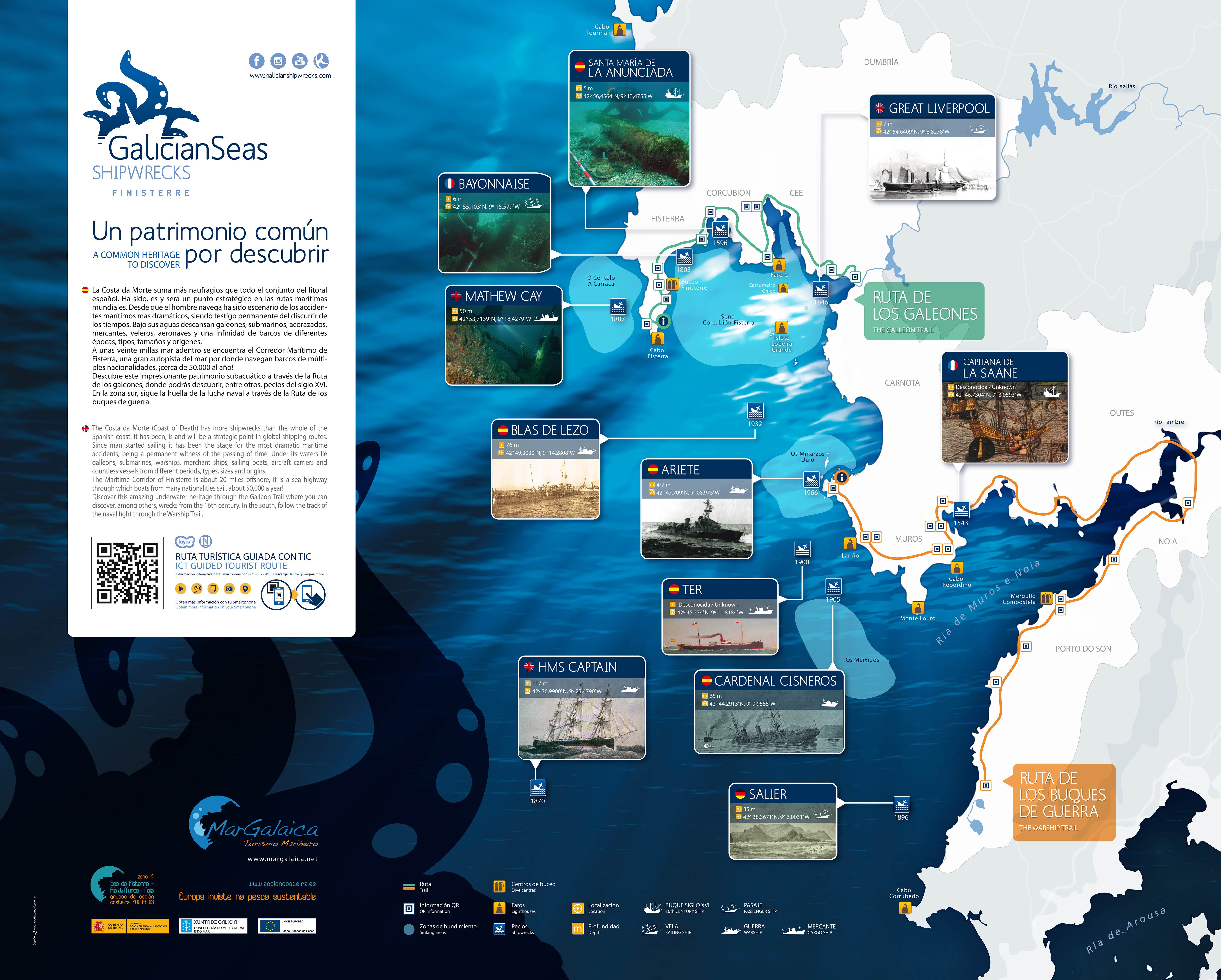